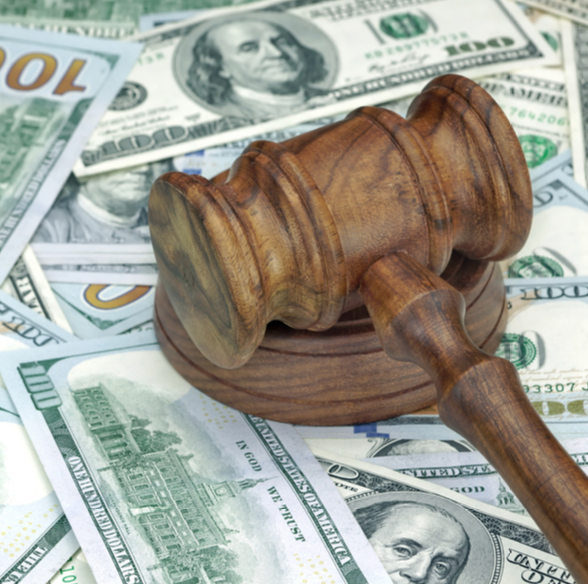 Two landlords who own 17 buildings have been fined $2.25 million in penalties and investigation costs after unlawfully renting out 14 apartments on Airbnb, according to a release.

San Francisco City Attorney, Dennis Herrera said in a release that the landlord owners, “who, after being caught in 2014, returned to flouting the law and unlawfully rented out 14 other apartments on Airbnb until being caught again in a lengthy investigation that culminated in May 2018.

“This is a win for San Francisco residents,” Herrera said in the release. “Whether you’re a tenant or a landlord who has been following the law, this is a victory. This outcome frees up more homes for long-term tenants and stops unfair competition in the marketplace.”

The $2.25 million settlement will cover the costs of the investigation and fund future consumer protection enforcement, including of the city’s short-term rental law.

“These are not the type of hosts we want on our platform and are glad the City has the tools it needs to enforce the rules,” an Airbnb  spokesperson told TechCrunch. “We are proud home sharing is legal in San Francisco and look forward to continuing to work with the City.”

“The defendants, landlords Darren and Valerie Lee, had been running an illicit hotel chain during San Francisco’s housing crisis rather than lawfully renting the units to residential tenants,” Herrera said in the release.

As part of the settlement, the Lees are prohibited from renting out any units as short-term rentals in the 17 San Francisco buildings they own or manage. That restriction is in place until at least May 2025, preserving the more than 45 units for use by long-term tenants. The settlement requires the couple to pledge their real estate as collateral to ensure compliance. A modified injunction was filed in San Francisco Superior Court  laying out these exacting requirements.

“The serious financial penalty is an important deterrent. It sends a clear message to those looking to illegally profit off of San Francisco’s housing crisis: Don’t try it. We will catch you,” Herrera said in the statement.

“Most importantly, we preserved more than 45 housing units to be used as homes, not hotel rooms. We are fighting back against San Francisco’s housing crisis in every way possible. I also want to thank the Office of Short-Term Rentals for their invaluable work that helped us bring this case,” Herrera said in the statement.

“The Lees are some of the most egregious, repeat violators of the City’s short-term rental laws,” Office of Short-Term Rentals Director Kevin Guy said in the statement. “They have taken units off of the market that should be reserved for long-term San Francisco residents. It is extremely gratifying to see them being brought to account for their actions.”

Herrera first sued the Lees in April 2014 after the couple evicted tenants from their property at 3073-3075 Clay St. using the Ellis Act and then unlawfully converted it into short-term rentals. The Lees settled in May 2015, agreeing to pay $276,000 and have a court-authorized injunction prohibiting them from maintaining any of their San Francisco properties as short-term rentals in violation of the law. The injunction covers 17 buildings with more than 45 units, according to the release.

“After a painstaking two-year investigation, the City Attorney’s Office found that in just the first 11 months that the injunction was in place, the Lees violated it more than 5,000 times, booking more than $900,000 in short-term rentals and pocketing more than $700,000 in illicit profits from 14 units.  It was only after this rash of later violations was uncovered that the Lees finally stopped their illegal conduct.” according to the release. “To ensure that the Lees did not get to keep their ill-gotten gains — and to send a message to anyone else considering this scheme” — Herrera filed a motion in court to enforce the injunction in May 2018, prompting the settlement.

San Francisco requires, among other things, that anyone renting a unit less than 30 days register with the City’s Office of Short-Term Rentals and be a permanent resident of that unit. If you own or rent a multi-unit building, you may only rent out one unit for short term rentals, and it must be the unit in which you reside. The rules are designed to prevent residential housing from being turned into de facto hotels.

None of the units in question were ever registered with the Office of Short-Term Rentals, making each short-term rental illegal and a violation of the injunction.

“The Lees concocted an elaborate scheme where friends, family and associates — none of whom lived at the properties — posed as straw tenants or Airbnb hosts to illegally advertise and rent 14 residential units for short-term stays. The scheme included drawing up phony leases and even staging the apartments to look like they were being lived in — complete with dirty dishes and damp towels — before City investigators inspected them.

“However, every apartment was staged in the same way. They had the same Costco food items scattered about, the same arrangement of dirty breakfast dishes in every kitchen sink, same personal products in each bathroom, same damp towels artfully draped over doors as though someone had recently showered, the same collection of shoes and clothes in closets, and the same houseplants in each apartment.

“An exhaustive investigation found that all but one of the different Airbnb “host” accounts for the properties were created from the same IP address, showing that the rental accounts were almost entirely created from a single computer, smart phone or similar device,” Herrera said in the release.