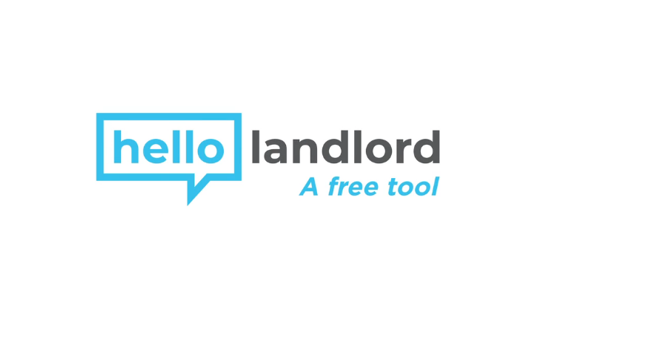 Landlords are not the enemy and do not want eviction of tenants, so BYU Law and University of Arizona Law have created a new online tenant-landlord communication tool to help deal with the eviction crisis across the country.

The new online tenant-landlord communication tool called Hello Landlord is intended to help with issues that can lead to evictions was created by the two university law schools and a subsidiary of a law firm.

Eviction is a national crisis

“Eviction is a national crisis, and the ripple effects of an eviction are devastating to families and communities.  We went into this challenge knowing that we wanted to design a scalable, bilingual, jurisdiction-agnostic solution that could positively affect widespread change,” said Stacy Butler, director of the UofA’s Innovation for Justice program, in a release.

“For most people, that eviction notice is the last chapter in a much longer story about systems failure. We hope that by spreading the word about this new access-to-justice tool and making Hello Landlord available to as many people in as many states as possible, we can encourage communities to think preventatively about the justice gap.”

The free web-based tool helps tenants communicate with their landlords about issues that can lead to eviction. This nationwide resource is a result of a semester-long collaboration between BYU’s LawX Legal Design Lab and UofA Law’s Innovation for Justice program, which share a commitment to addressing pressing legal service issues with new products and solutions.

“As we train the next generation of lawyers, we want to instill the notion that going to court is not always the solution,” said Kimball D. Parker, LawX director and president of SixFifty, in a release.

“When it comes to evictions, the adage ‘an ounce of prevention is worth a pound of cure’ certainly applies.

“We found that most landlords don’t want to evict tenants and are receptive to working with those who proactively reach out. The collaboration with the University of Arizona and SixFifty has resulted in an online de-escalation tool that has the potential to help anyone who has missed rent, or is experiencing an issue with the condition of their rental, avoid legal problems,” Parker said.

More than two million evictions in 2016

In 2016, more than two million people in the United States were evicted from their homes. Tucson is a Top 25 evicting city according to Eviction Lab. Less than 20 percent of tenants there appear in eviction proceedings; of those who appear, 90 percent do so without counsel; and 96 percent of cases result in eviction judgments against tenants. Lack of legal representation is also an issue in Utah, with a 15:1 defendant-to-lawyer ratio in the state.

Hello Landlord is available for free at www.hellolandlord.org with English and Spanish language options for tenants to generate a letter about a missed rental payment or a problem with their rental.

Developed by the BYU and UA students, and built on SixFifty’s automation platform, it features simple, guided questions such as “What is your landlord’s first name?” and “Why can’t you pay rent?” The software then generates a letter that clearly and respectfully explains the tenant’s situation and proposes a solution.

Nearly 90 percent of the landlords who have previewed the tool said they would be willing to work with the tenant to resolve the problem if they received a similar letter.

At the beginning of the fall 2018 semester, five LawX and 10 Innovation for Justice legal-design lab students were tasked with utilizing a design- and systems-thinking framework to develop one or more scalable solutions to increase housing stability for tenants in underserved communities by reducing the frequency of eviction. The diverse group of students brought different skills and experiences to the process, including one student who was served with an eviction notice during the semester. Together, the students observed more than 220 eviction court proceedings and spoke with dozens of stakeholders, including judges, landlords, tenants, social services providers, attorneys and journalists. They found that by the time a tenant is served with an eviction notice, the eviction process in both Arizona and Utah is too rapid and rigid to afford an opportunity to stabilize the situation at stake. In many states, there are few legal defenses available to tenants once an eviction lawsuit has been filed.

The students were interested in developing an upstream solution that could increase the likelihood that tenants and landlords would resolve issues that can lead to evictions. Specifically, students were interested in targeting a communication gap they observed between tenants and landlords, in which tenants felt powerless to reach out to landlords when at risk of missing a payment or experiencing a problem with a rental property, and landlords felt that tenants did not reach out to try and resolve payment or rental issues.