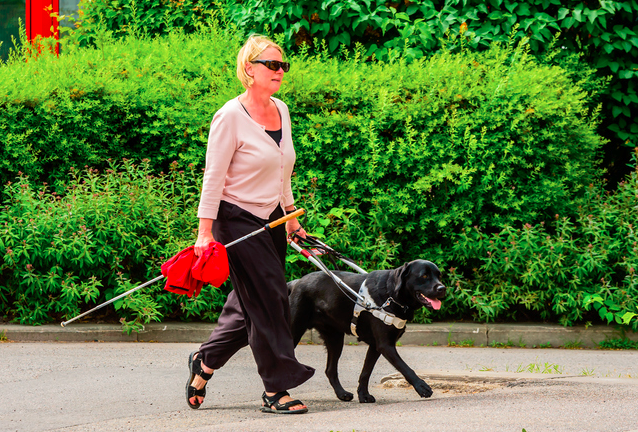 A homeowners association that decided to impose restrictions and assistance animal rules on dogs belonging to two homeowners and then retaliating against them after they filed a Fair Housing complaint, has been charged with discrimination by the U.S. Department of Housing and Urban Development (HUD).

The homeowners association published rules saying they preferred residents without support animals and “and impermissibly sought to limit the owners of support animals from enjoying shared community resources,” HUD said in the discrimination charge.

The Spring Creek Homeowners Association, the governing body of approximately 131 residential housing units in Jackson, Wyoming, was charged with putting in place discriminatory rules “permitting assistance dogs to be walked only outside the Spring Creek property and to relieve themselves on property only in the early morning or late evening.”

The letter stated the dog regulations and rules that residents must submit a veterinarian statement that the dog has been vaccinated and that the owner assumes liability for the dogs. It then added, “If you declare that your dog is an emotional support animal you also need to submit a letter or certificate from a licensed health care professional who has a legitimate ongoing relationship with you stating that you require an emotional support animal. See airline documentation requirements from American, Delta and United airlines for the substance required in this documentation, which can be provided in any reasonable format.”

The letter also stated, “Please also remember that many Spring Creek Ranch homeowners do not like to see dogs within Spring Creek Ranch. Please do your part by complying with the aforementioned dog regulations and also by walking your dog off the butte at the many wonderful dog-friendly locations around Teton County. … Letting your dog out briefly to relieve itself in the immediate vicinity of your residence during the early morning and late evening are reasonable exceptions to this, but otherwise please minimize the presence of your dog within Spring Creek Ranch.”

After the home owners with assistance animals challenged the rules, the HOA “sent a letter to all residents in the community admonishing the homeowners for attempting to circumvent the HOA’s arbitration provisions and publicly questioning the homeowners’ need for their assistance dogs.”

The HUD action “should remind housing providers, including HOAs, that they must make exceptions to restrictive pet rules for individuals with disabilities in need of assistance animals,” HUD General Counsel Damon Smith said in a release.

“HUD will continue to enforce the Fair Housing Act to ensure that individuals with disabilities have equal access to housing and are not subjected to retaliation for exercising their fair housing rights.”