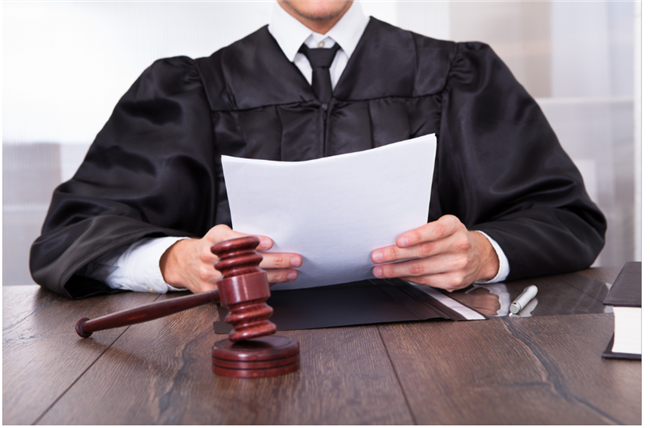 A property manager who added rooms and walls to rental properties without the owners’ consents has been ordered to pay $585,000 in restitution, according to a release.

A King County Superior Court Commissioner in Seattle ordered an Auburn property management company to pay after the company’s owner hijacked the homes of people who hired his company by adding new walls and rooms without the owners’ knowledge or consent, and refusing to pay homeowners.

In addition to financial penalties, the commissioner also barred company owner Travis A. Jackson from marketing property management services without first obtaining a license; making unauthorized modifications to homes; and making false and misleading representations. The court intended for $256,000 to go toward restitution for people affected by the scheme and an additional $252,000 in civil penalties. The civil penalties go to the Washington state general fund. Jackson must also pay just more than $76,000 in attorney costs and fees.

In March, Washington Attorney General Bob Ferguson asserted Jackson formed a property-management company, NW Property Solutions, without getting a license. He then began preying on homeowners who wanted help renting out their homes, according to the release.

Jackson advertised his property-management services for free, then pressured homeowners to sign contracts the commissioner described as “unfair” and “unconscionable.” The contracts gave him sole control over the properties in exchange for monthly rental payments to the homeowners. Those contracts contained provisions hidden in fine print that gave Jackson’s company the right to withhold rental payments if the owners attempted to contact Jackson via phone about issues at the properties.

Without telling homeowners or obtaining their approval, Jackson built new interior walls to expand the number of bedrooms in the rental properties he controlled. For example, in one case, Jackson built three additional bedrooms into a home zoned for no more than six people, then packed the home with 14 tenants. When local government officials imposed fines and penalties, Jackson then refused to pay and left homeowners to foot the bill.

The order noted that Jackson’s conduct was deceptive and “substantively ‘unconscionable’ and unfair.”

“Our office has a robust team of attorneys who protect Washingtonians from scams,” Ferguson said. “The court described this scam as unconscionable. If you feel like someone is taking advantage of you, please let my office know.”

Jackson also operated a separate house-cleaning business. In October 2019, Ferguson filed criminal charges against Jackson for $33,000 in unpaid wages in connection with his ownership and operation of the cleaning service.

Other than one telephonic conference with the court, Jackson never responded to the charges and he never produced any information requested by the state or court. Because Jackson failed to provide information, the attorney general’s office is unaware of the full scope of his scheme, except for the half dozen people who complained to the office about incurring thousands of dollars of repair bills, unpaid rent and unpaid utilities due to Jackson’s mismanagement of their property, according to the release.

The property manager, Jackson, was routinely late in paying rent to the homeowners and in many cases simply stopped paying altogether. When homeowners contacted him with concerns, he accused them of violating the contracts and threatened to withhold additional payments and to take legal action against them.

One homeowner — a legally blind woman who owned a house in Tacoma — described her experience to the attorney general’s office. She noted in a declaration provided to the court she had found Jackson’s business online around September 2019 and contacted him because she wanted to rent her house out to tenants. Jackson informed her he was a real estate agent and had a license.

A month later, Jackson asked her to sign a new contract that covered additional parts of her house. Jackson had not paid the first month of rent and the homeowner said she would not sign anything until he paid. When Jackson continued to withhold payments, putting the homeowner at risk of defaulting on her mortgage, she signed the new contract and added the words “under duress” next to her signature.

Home inspectors who subsequently went into her house told her Jackson, the property manager, had turned her living room into multiple bedrooms and placed most of her furniture in the back yard. She noted she had lost thousands of dollars in unpaid rent and utility payments. When she placed her house on the market, an offer came in that was significantly less than an offer she had received before Jackson went into her home, reflecting the extent of damage to the home. She also has received a foreclosure notice on her house from her lender.

Another homeowner in the Bothell area said he contracted with Jackson in May 2019 after a friend recommended the service. Two months later, a city building inspector told the homeowner the house had far too many bedrooms and tenants for the home’s septic system to support. The inspector sent a letter noting the homeowner was liable for multiple penalties for the operation of a “congregate living facility.” Jackson denied the city inspector’s report, and told the homeowner only “five or six” people lived in his house. Jackson said he would not pay the homeowner at all if he kept calling.