The big trend of urban growth and Millennials and others moving to the urban city centers is well documented. But could the ease and low cost of rural living make a comeback now with the ease of technology and online ordering?

Only half as many households as normal choose to live in rural areas these days. Why is that?

Now, I know that many cool, creative jobs are in urban areas, that big cities have spent billions redeveloping their downtowns into entertainment hubs, and millennials who are delaying families can hold off on the need to live in a good school district longer.

Retiree growth has historically been strong in rural areas

However, consider the following:

Will rural living make a comeback? We are not forecasting* that it will, but I worry that we could be wrong. 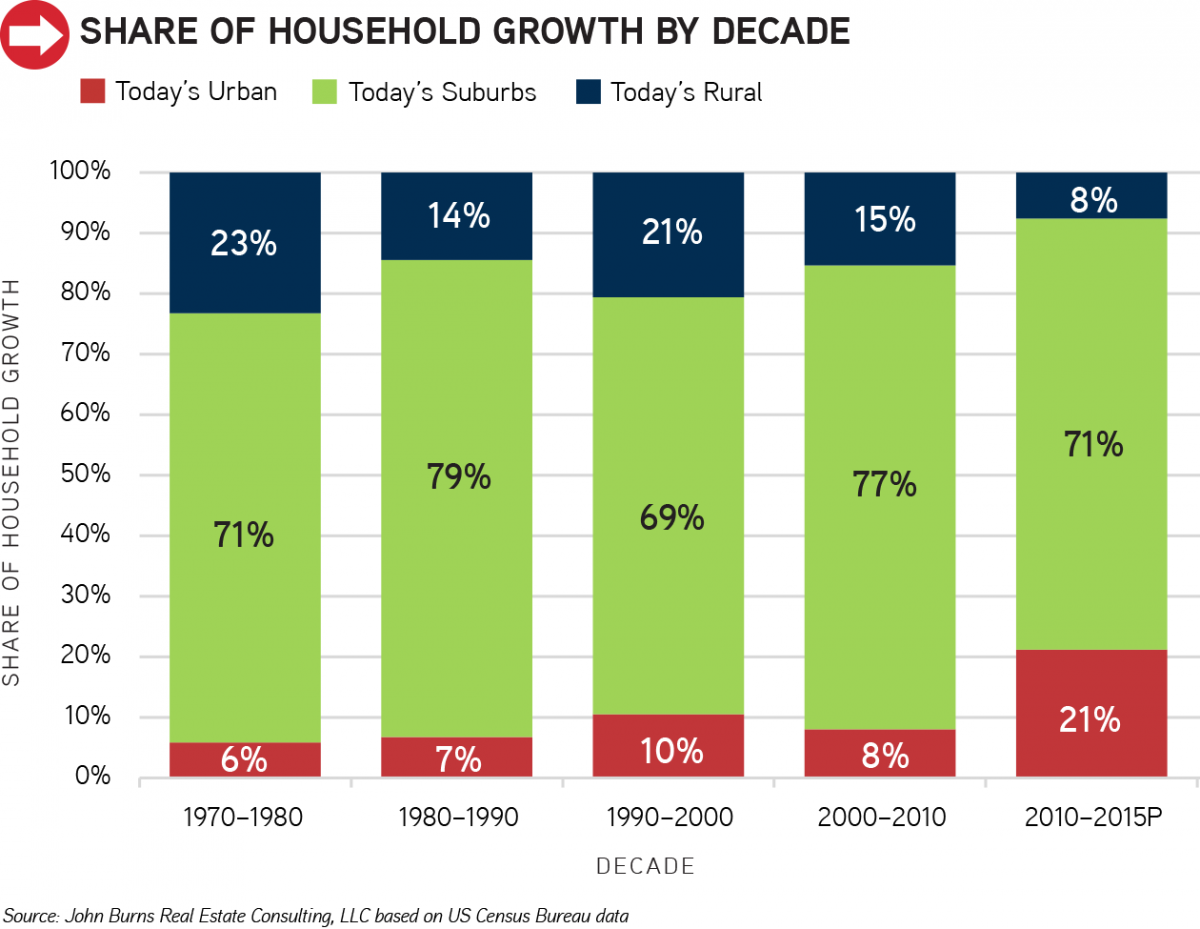 John Burns is not the only one reporting on this trend.

But it turns out the millennial generation is only accelerating the demographic shift, according to ozy.com. "In fact, this may be the most “bright lights, big city” generation in history. While the number of millennials is ticking slightly upward in small towns and rural areas, it’s nothing compared with the growth of their numbers in suburbs and cities," Ozy.com writes.

John Burns co-authored Big Shifts Ahead: Demographic Clarity for Businesses, which will be available for purchase in October 2016. 370,000+ people follow John’s LinkedIn Influencer column, 30,000+ subscribe to his emails, and the media cited the firm 400+ times in 2015. Before founding John Burns Real Estate Consulting in 2001, John worked at a national consulting firm for 4 years and for 10 years at KPMG Peat Marwick – 2 as a CPA and 8 in their Real Estate Consulting practice. John has a B.A. in Economics from Stanford University and an MBA from UCLA, and works in our Irvine, California office.  He has attended home games for all 30 major league baseball teams, and regularly runs the hills in Southern California.

Why Millennials are avoiding small-town America

A population slow down for small town America