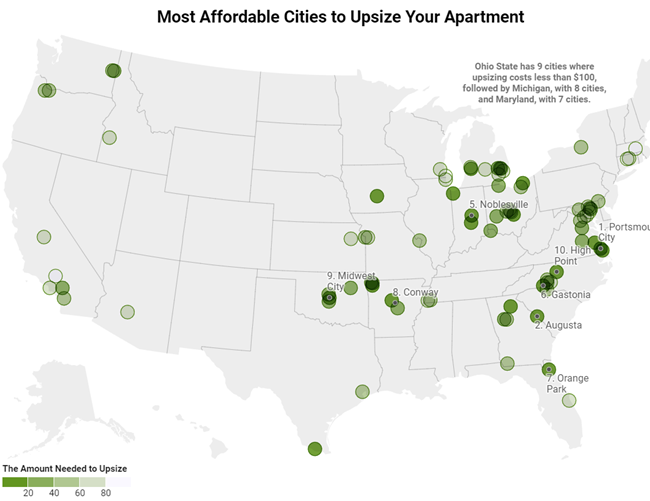 The average American renter could make the switch to an apartment with an extra bedroom for $200 per month, according to a new study from RentCafé.

More than half of the job holders in the United States have the opportunity to work from home at least one day a week, so the need for ample living spaces with work space has intensified even more. 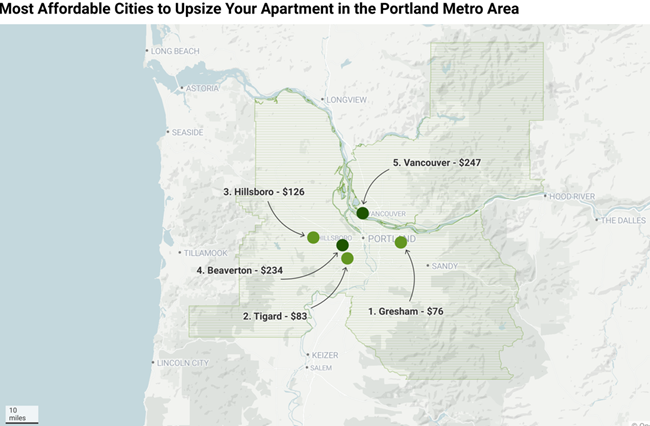 Overall, over the last 10 years, the size of new apartments has decreased, putting more pressure on extra space and extra bedrooms.

“For apartment-dwellers who want more space, one simple solution is to upsize on the cheap. That may not be an easy thing to accomplish in some cities — but do not worry, we found plenty of places where all you’d have to do is give up a couple of pizzas each month for an extra bedroom,” RentCafé says in the study.

“So, we looked at 728 U.S. cities and determined that, on average, it costs $199 extra per month to upgrade to an apartment with an additional bedroom. We then ranked the cities based on the lowest amount necessary to upgrade. Of these, in 83 locations — mostly suburbs — you could upsize for less than $100 per month.

“To be more specific, renters looking to upsize from a studio to a larger rental where the living room doesn’t double as a bedroom could do so just by paying an extra $71 per month. 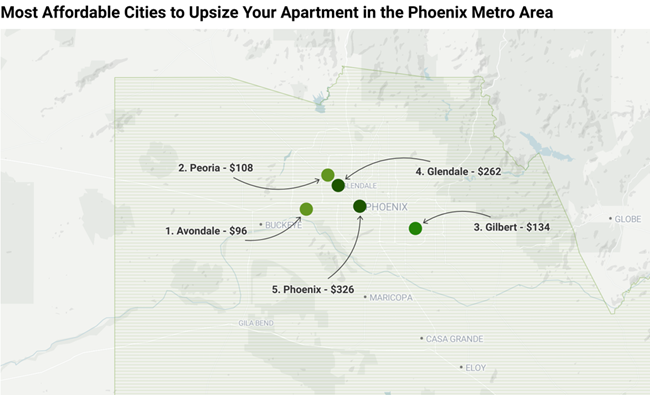 Apartments Are Getting Bigger As Builders Expand Unit Sizes