Washington, Colorado, Arizona and Utah were among the top states for economic growth, showing top gross domestic product (GDP) growth rates between 2016 and 2017, according to a new report from Bureau of Economic Analysis of the U.S. Department of Commerce.

Real estate and rental and leasing, health care and social assistance and durable goods manufacturing were the leading contributors to national economic growth in 2017, according to the news release.

Retail trade isn’t a top source of economic growth in most places, but it was in Washington according to a report in governing.com.  But in Washington, it was a major factor last year due to the continued expansion of e-commerce. Steve Lerch, chief economist with the Washington State Economic and Revenue Forecast Council, singled out Amazon’s rapid growth.

Telecommunications and software companies, particularly Apple and Microsoft, played supporting roles. Lerch cited construction activity in the Puget Sound region as another driver. Other high-wage sectors, such as aerospace and professional and business services, further propelled the state’s economy. 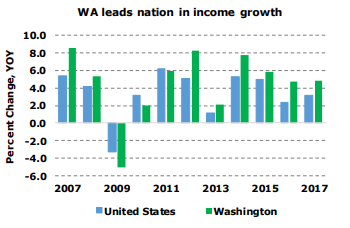 Colorado was second to Washington with 3.6 percent growth

Denver metro area remains the epicenter of the housing boom, Gedney says it’s spreading to Colorado Springs and Fort Collins as well. “There’s a huge demand for housing, and construction is rampant,” he says. While housing was important, the gains were largely a result of an upswing in oil and gas production.

Arizona was third with 3.2 percent growth

The fast-growing Phoenix region serves as the focal point for the growth. Maricopa County added roughly 74,000 people last year, easily the largest net increase of any U.S. county, according to Census Bureau estimates.

BEA’s figures identified professional, scientific and technical services as the largest contributor to the state’s GDP growth, followed by health care and retail trade, according to governing.com. The arrival of numerous large technology companies and newer startups in the Provo-Orem area are driving much of the economic gains, while the rest of the state also continues to benefit from strong tourism.

Steep population gains explain much of the state’s GDP numbers. Utah has been one of the fastest-growing states for years, with the latest Census estimates showing a nearly 2 percent increase for 2017. On a per capita basis, Utah’s GDP rose just 1.2 percent for the year, mirroring the national rate.

States With the Top GDP Growth

Gross domestic product (GDP) by state is the market value of goods and services produced by the labor and property located in a state. GDP by state is the state counterpart of the Nation's GDP, the Bureau's featured and most comprehensive measure of U.S. economic activity.

About the Bureau of Economic Analysis

The Bureau of Economic Analysis (BEA) promotes a better understanding of the U.S. economy by providing the timely, relevant, and accurate economic accounts data in an objective and cost-effective manner. 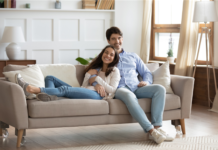 25 Percent of Renters Say They Will Never Buy A Home 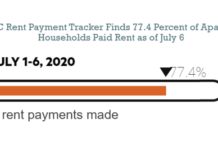 Rental Payments Slow Down in Early July, Fall to 77 Percent 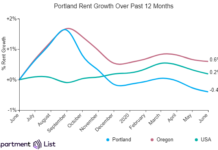