Colliers International Phoenix Office website confirms this trend saying sales velocity spiked in the second quarter, with more apartments sold and changing hands in the past three months than at any point since 2007 in Phoenix.

The complexes near I-17 and 22nd Avenue were the Lincoln Village apartments on Campbell Avenue which sold for $6.2 million, according to the Phoenix Business Journal.

The Arie de Jong  family of San Marcos, California was the seller. Benjamin Covaciu, a principal of 17th Avenue, Apt. LLC in Phoenix was the buyer, according to the Business Journal.

Lincoln Village is in a working class area near I-17 in between Indian School and Camelback roads. The complex was built in 1980 and has 115 units on about five acres. 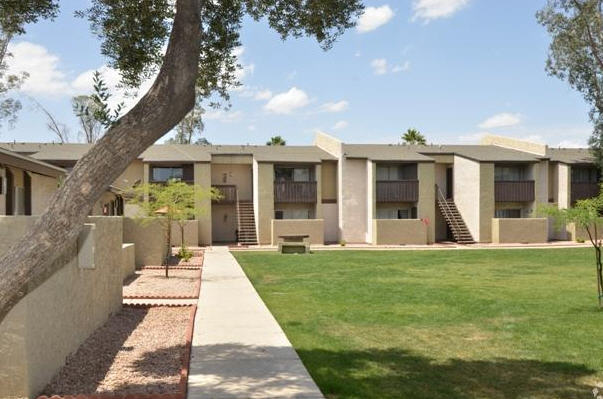 Rents range from $578 per month, according to the Lincoln Village website.

Apartments sold as rents are rising

“Lincoln Village is a perfect example of a property purchased to take advantage of rapid rising rents in the recovering west side of Phoenix,” Trevor Koskovich of Colliers International told the Business Journal. “The local buyer benefits from terrific long-term cash flow opportunities in a very favorable lending environment.”

“Bella Rio is a perfect example of a property purchased to take advantage of rapidly rising rents in the recovering west side of Phoenix, Koskovich told the business newspaper.

Colliers International Phoenix office also stated in the insights area on their website that the pace of rent growth in Phoenix continues gaining momentum and the number of apartments sold has increased.

“Operating conditions in the Greater Phoenix multifamily market remain strong, despite a modest vacancy uptick in the second quarter. Vacancy ticked up to 5.9 percent in the second quarter. Asking rents have been rising at an accelerating pace, ending the second quarter at $919 per month, 8.1 percent higher than one year ago. Sales velocity spiked in the second quarter, with more properties changing hands in the past three months than at any point since 2007. Prices continue to push higher, and cap rates are averaging in the mid-5 percent range,” according to their website.