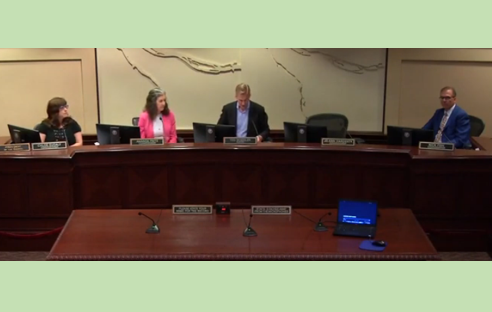 The Portland City Council has approved a controversial tenant screening ordinance by a vote of 3-1, with one council member and former landlord dissenting from the group saying the ordinance will drive up housing costs for both renters and landlords.

The approval of the controversial ordinance led by Commissioner Chloe Eudaly and supported by tenants’ rights groups, would restrict the way landlords may screen tenants before they sign a lease, with the aim of addressing discrimination and requiring more consideration for people who have criminal records. It also places “first-in-time” rules for landlords to accept applications. It is scheduled to take effect next year.

Each council member spoke about why they supported or did not support the tenant screening ordinance except Commissioner Jo Ann Hardesty, who did not attend the session.

While Eudaly thanked those who had worked on the ordinance, Commissioner Amanda Fritz, a former landlord herself, said the ordinance would only make it more difficult for all concerned and voted no.

“When I moved to the United States, I lived in a Salvation Army, single-room occupancy residence for two months before subletting an attic room in an apartment close to the hospital where I trained. I lived below the poverty level for seven years, moving apartments four times. I’ve also been a landlord who rented out our first house in Portland,” she said, after her family grew too large, but “now my parents-in-law are retiring to it.

“So I have lived and have experience on both sides of this issue.”

“There are elements in the fair housing policy that are great, such as improving the process for people experiencing disabilities and making sure that application fees are returned,” Fritz said. “ I can’t support the screening criteria as a whole. One of the fundamental flaws of the ordinance is the 72-hour waiting period followed by first-come- first-served,” she said. The 72-hour element could actually increase bias instead of helping, she said, because those with means would be able to take advantage of it.

“Many people can no longer afford rent in Portland. This policy not only doesn’t solve for this problem, it may exacerbate it,” Fritz said.

“One way is through loss of rental housing stock. Landlords are not just threatening to sell their rental properties because of this policy; they already have. I’ve heard from them. They’ve told me – they told us all – in emails. I’ve heard this directly from landlords as well as from Realtors who cited the fair housing policy as a reason that an increasing number of landlords are coming to them to put their rentals on the market.

“Many of the single-family homes and duplexes will be purchased by new owner occupants losing units from the rental market. I’ve heard testimony from a developer who has put affordable housing projects on hold here in Portland and is planning instead to develop in Clackamas county.

“Here’s what another one said: ‘We have delayed starting three projects, one for 39 micro units, all inclusionary, and another one for 48 low-income situations and a third one on northeast 102nd  … potentially bigger than the first two. We have asked for no subsidies, but Portland’s deciders are making it too difficult for developers, owners, and managers. The word in investor meetings is that other cities are more attractive for investing. I think that’s really sad because I think what we need as well as a fair housing and rental policies is more supply.’ “

“Another way the new rules will drive up housing costs is by more of the small owners who currently own 60 percent of Portland’s rental units changing from managing their own units to hiring property management companies and lawyers,” Fritz said.

“Already over the past four years, over $6 billion in multifamily housing in Portland has been purchased by large corporations. Owners with a small number of units know their tenants by name and develop relationships with them. Multistate corporations maximize profits for their investors,” she said of the impact of the tenant screening ordinance.

Criminal background checks are an issue

“Perhaps the most troubling in this policy is the lack of an exception for people convicted of violent crimes, even rape and murder. In the low-barrier screening process, on the day of release from prison from a seven- or more year sentence, every landlord in Portland would be required to accept that application,” Fritz said.

Rents will go up, pricing out many people

“I expect that those landlords who do choose to keep their rental properties will increase rents significantly on vacant units, pricing out those very people we are trying to help with our actions. What this means is … communities of color and low-income renters will not be better off,” Fritz said.

She said unlike testimony given to the council by some, landlords are not “bad actors sitting on bags of money.”

She said the council is passing an ordinance that is “burdensome and costly to catch a few problematic owners. I believe there are proven methods that we should have focused on, such as increased education and training for both landlord and tenants and increased enforcement of existing fair housing laws.

“I know that the Portland Housing Bureau is up to the task to lead the implementation and I want to acknowledge the amount of work that still lies ahead in developing the administrative rules, education and ongoing monitoring of policy impacts. The Housing Bureau will need more staff to implement this policy,” Fritz said.

Commissioner Nick Fish, who voted in favor of the ordinance, offered an amendment setting up periodic assessment of the results of this program, to monitor access, to monitor administrative burdens and costs and the impact on the housing market, if any. Also to make any adjustments to the policy as necessary.

Eudaly read a statement from Hardesty saying, “I appreciate the concerns many small and midsize landlords have. Having to change how you’ve conducted business for years can be a challenge. I also recognize that many landlords do not discriminate in their business practices, but the fact remains that many do and many Portlanders are impacted by these practices on a regular basis.

“These ordinances will provide protection from these discriminatory practices. I’m happy that the city will be working to educate landlords on the new requirements and I’m thankful for all the input I have received from residents, landlords, and community groups on this important subject,” Hardesty said in the statement read by Eudaly.

Working on the ordinance for two years

Eudaly spoke at length at the council meeting about her ordinance.

“Considering it took us two years to get to this point, I think I deserve a little extra air time,” Eudaly said.

“We are experiencing a national housing crisis driven by our federal government’s divestment in affordable housing, by state and local governments who have failed to meet the growing need for affordable housing or to adequately regulate their rental markets to protect tenants, (and) by Wall Street, who is not only responsible for a housing crash, but has been snapping up thousands upon thousands of multifamily and single-family residences in our region while showing rampant disregard for the health, wellbeing, and very lives of the people who reside in them,” Eudaly said.

Landlord lobby wants to extract every penny from renters

“And finally by multiple industries, not the least of which is the landlord lobby, with a vested financial interest in extracting every penny from renters with no regard for the impact on their renters, our communities, or our local economy,” Eudaly said.

She said the new Portland fair-access policy is a significant effort toward helping the housing crisis.

“It’s no secret that Portland has a long history of overtly racist housing laws, the effects of which still shape our city today. What we fail to acknowledge more readily is that many of our current laws continue to uphold discriminatory practices,” Eudaly said.

“While the language may be less explicit now, the effect is just as clear. We continue to see communities of color and especially black residents pushed to the margins of our city and beyond at an alarming rate. The heart of the fair-access and renting policies is about addressing the criteria that continued to be used as a proxy for race, which includes criminal records, income requirements, and credit scores, which leads to discrimination and disparate outcomes.

“We would have never come to these policy solutions if we did not consider the unique experiences, needs and barriers faced by black renters in Portland. The policies before us today would not have been as strong if they were not developed in partnership with our community allies.

“I’m proud of the policy our office helped create with the community and I’m excited to see how it changes the way tenants access housing over time. We know it will take time for tenants to understand and for the industry to adjust. We know some fine-tuning will be necessary, but we also know that research and data have laid a solid foundation for the decisions we made,” Eudaly said.

“I want to be very clear that there’s no question in my mind that these policies are rooted in important values and they’re based on real issues that exist in this community,” said Mayor Ted Wheeler.

“In particular, there is still far too much discrimination in access to rental units for people of color, for people of lower income and for people who experience disability in our community. That is not to say that all landlords are bad actors.

“I personally believe the vast majority of landlords are playing by the rules. They’re already playing by many of the rules that are established in these policies. We heard what I thought was very valuable testimony from them. We also heard heart-rending testimony from people about the very real need for change in this community,” Wheeler said.

“The work is most certainly not done with the passage of these ordinances. We can’t ignore that. The reality is that we have much work to do in the months ahead. We have to align our values with sound policy and measurable deliverables that are associated with these policies,” Wheeler said.

“As housing commissioner, it’s of particular importance to me that we’d be able to measure who is being helped by these policies and to what degree. Much of the actual implementation of this policy is going to be left to rule-making by the Portland Housing Bureau and the housing commissioner,” Wheeler said. 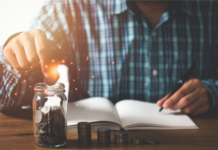 Suburbs Where Renters Became the Majority Over Owners