The top landlord group in Oregon has written the governor asking her to “please ignore the misguided and uninformed correspondence“ from the Portland City Council letter requesting forgiveness of rent and mortgage payments due to COVID-19.

“It is critical that you understand that the city’s proposal is not only dangerous to our community in the near term, but that it would result in a cascading series of events threatening our basic economic structures,” said Deborah Imse, Executive Director of Multifamily NW, in the letter to Gov. Kate Brown.

“Most large multifamily developments are not financed through Fannie Mae or Freddie Mac. Rather, they are financed through a range of sources including investment banks, private individuals, private equity firms and public pension systems like PERS. Oregon government has neither the authority nor financial wherewithal to restructure or back these investments in the way that the city is proposing,” Imse said in the letter.

Portland City Council members have called for forgiveness of rent for residences and mortgage payments, saying a moratorium on evictions is not enough.

“Without a moratorium and forgiveness of residential rent and mortgage payments, we are putting tens of thousands of Portlanders who currently have housing at risk of becoming destitute or homeless as a result of this public health crisis,” the council said in a letter signed by Mayor Ted Wheeler and commissioners Chloe Eudaly, Amanda Fritz and Jo Ann Hardesty.

If the Portland forgiveness of rent  proposal were accepted, “Housing providers across the state will be forced to take immediate management actions to reduce expenditures to as close to zero as possible. That would mean across-the-board layoffs in leasing, resident services and maintenance staff, resulting in thousands of job losses.

“Initial steps will also include non-payment of property taxes and utility bills for water, sewer, electric and cable/internet. Given the sheer size of our industry, that would send a cascading economic shock wave through local governments, school district, power and gas utilities, and internet and cable service providers. It would force management actions within those organizations, resulting in more layoffs and a greatly exacerbated situation. It would also have dire budget consequences for police, fire, parks and other essential services,” Imse said in the letter

A suggestion to the governor to extend rental assistance

“It should be restated that we believe that the only way for the state of Oregon to preserve housing stability for families is through a dramatic short-term expansion of the Rental Assistance Vouchers program. Make no mistake about the size of this need – our industry’s initial calculations show that an infusion of $350 million per month will likely be necessary for the duration of this crisis.

“This should be your first and highest priority with regard to allocation of funds provided through the Federal CARES Act,” Imse said in the letter. 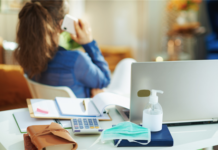 3 Ways A Property Manager Can Stand Out from the Competition 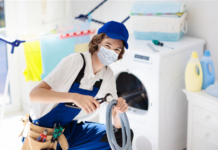 Handling Maintenance Issues During a Pandemic: A Legal Perspective 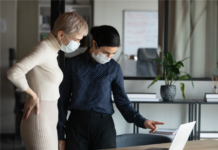 Reflections on Being a Portland Landlord During the Pandemic