Landlords will not be able to keep increasing rental rates, according to several market forecasters, as rents have peaked in many markets and there are thousands of new apartment units coming on the market later this fall.

Reis reports, “We see our forecasts for 2016 and 2017 reflecting the gradual slowdown in the ability of landlords to raise rents over the next five years, as vacancies increase.” 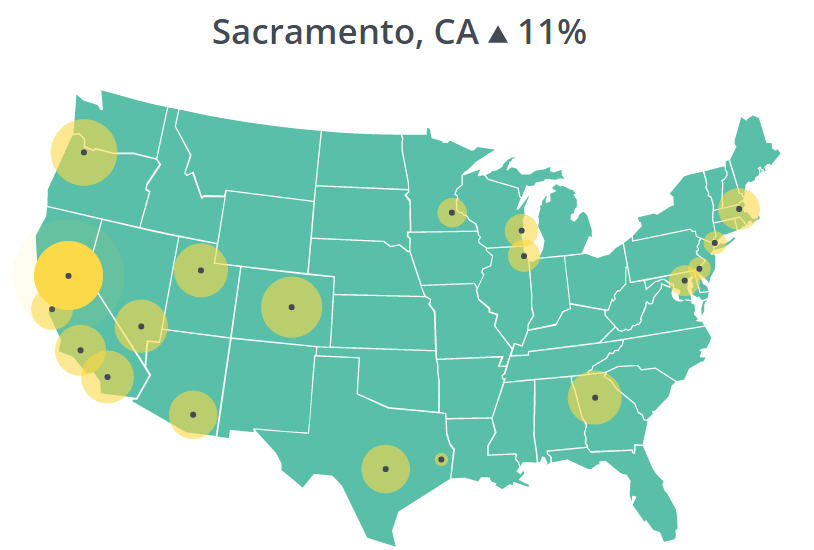 The strongest rent growth continues in the West and the South, according to AppFolio.

"It's very geographic-dependent," AppFolio's vice president of product, Nat Kunes, told Investors Business Daily. "There are definitely cities that will see a rise. Some cities are starting to see a stabilization. They might be at near-peaks … in percentage growth, maybe." Even going back to the time before the Great Recession, according to Kunes, rent growth usually hovered between 2% and 4%. "We're seeing a lot of cities blowing that out of the water."

The bull market in raising rents is not over 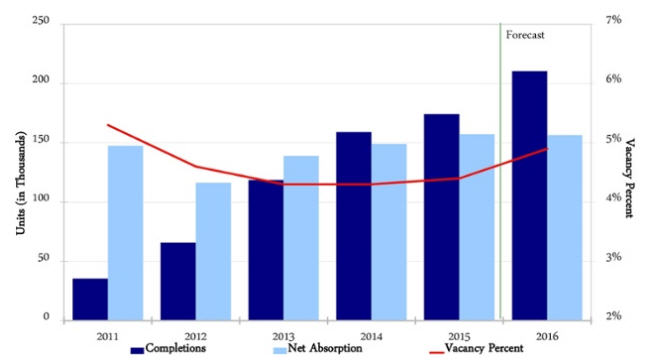 “After three consecutive quarters of increases, the national vacancy rate remained stuck at 4.5% in the second quarter. While that sounds like good news, the reality is that vacancies actually did rise by around 9 basis points, but our custom of rounding to the first decimal place doesn’t show that,” Victor Calanog writes for Reis.com. “We are expecting vacancies to tick up by another 30 basis points by the end of this year as the bulk of new deliveries comes online in the second half, but note that this doesn’t mean a tragic end to the great multifamily bull run. If anything, having vacancies remain somewhat low despite the onslaught of new supply suggests that demand for the product remains strong.”

The growth in rents may have peaked

“We see our forecasts for 2016 and 2017 reflecting the gradual slowdown in the ability of landlords to raise rents over the next five years, as vacancies increase,” he writes in his report for Reis. “Even now we are seeing developers put the brakes on certain projects, waiting and seeing how new buildings lease up before proceeding. We therefore expect a little more caution from lenders and other market participants.”

Apartment trends: What is happening in your city?